The Rich Origins of The Thoroughbreds

The Thoroughbreds have been Louisville’s premier men’s A cappella chorus for over 70 years. Singing four part harmony in the barbershop quartet style. A style of music that gets its roots originally in the African American community, the form was invented when four singers would gather at the local barbershop and harmonize to popular songs of the day. The style would receive national attention when Oklahoma businessmen O.C. Cash and Rupert Hall formed the Society for the Preservation and Encouragement of Barbershop Quartet Singing in America (SPEBSQSA) in 1938. 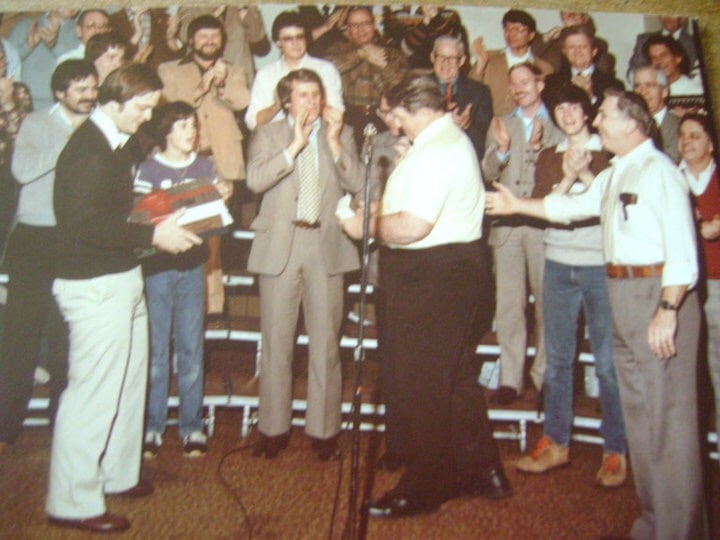 They would then begin chartering chapters in major cities across the United States. And in 1943, barbershop music in Louisville was born. The Louisville chapter of barbershop singers was mainly a social club for prominent businessmen in the city who would form quartets and sing and entertain each other at weekly gatherings. By the mid 1950’s, the society had formed a new chorus contest to go along with its already established quartet contest and invite chapters to form choruses.

Seizing on that opportunity, a group of young gentleman led by Fritz Dryborough, formed The Thoroughbred Chorus in 1958. Formally the Louisville number one chapter of what is now the Barbershop Harmony Society, the Thoroughbreds have become a legendary chorus in the barbershop community. The Chorus sings music from all different era’s of American popular music. 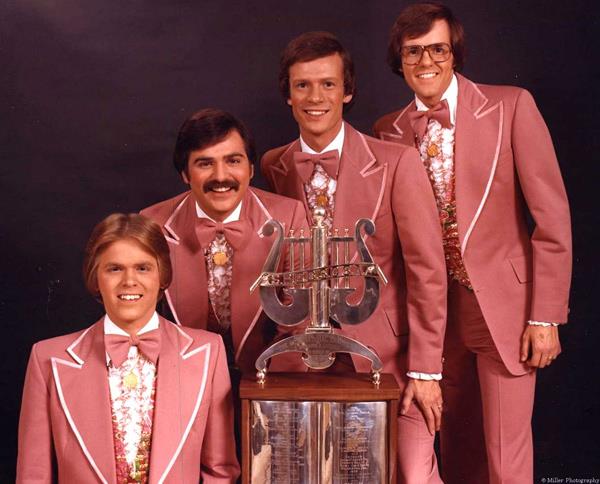 Everything from Popular to Gospel to Religious to Musicals and Rock n roll, You’re likely to hear a sample of all in a Thoroughbred performance. Their contest record over the years has the chorus competing 24 times in the International Chorus Contest. They have won seven times, placed second seven times, third three times, and fifth once. Among many things The Thoroughbreds pioneered over the years is that they developed a craft learning system for producing tighter harmonies and unit singing that are still relevant in the hobby today. 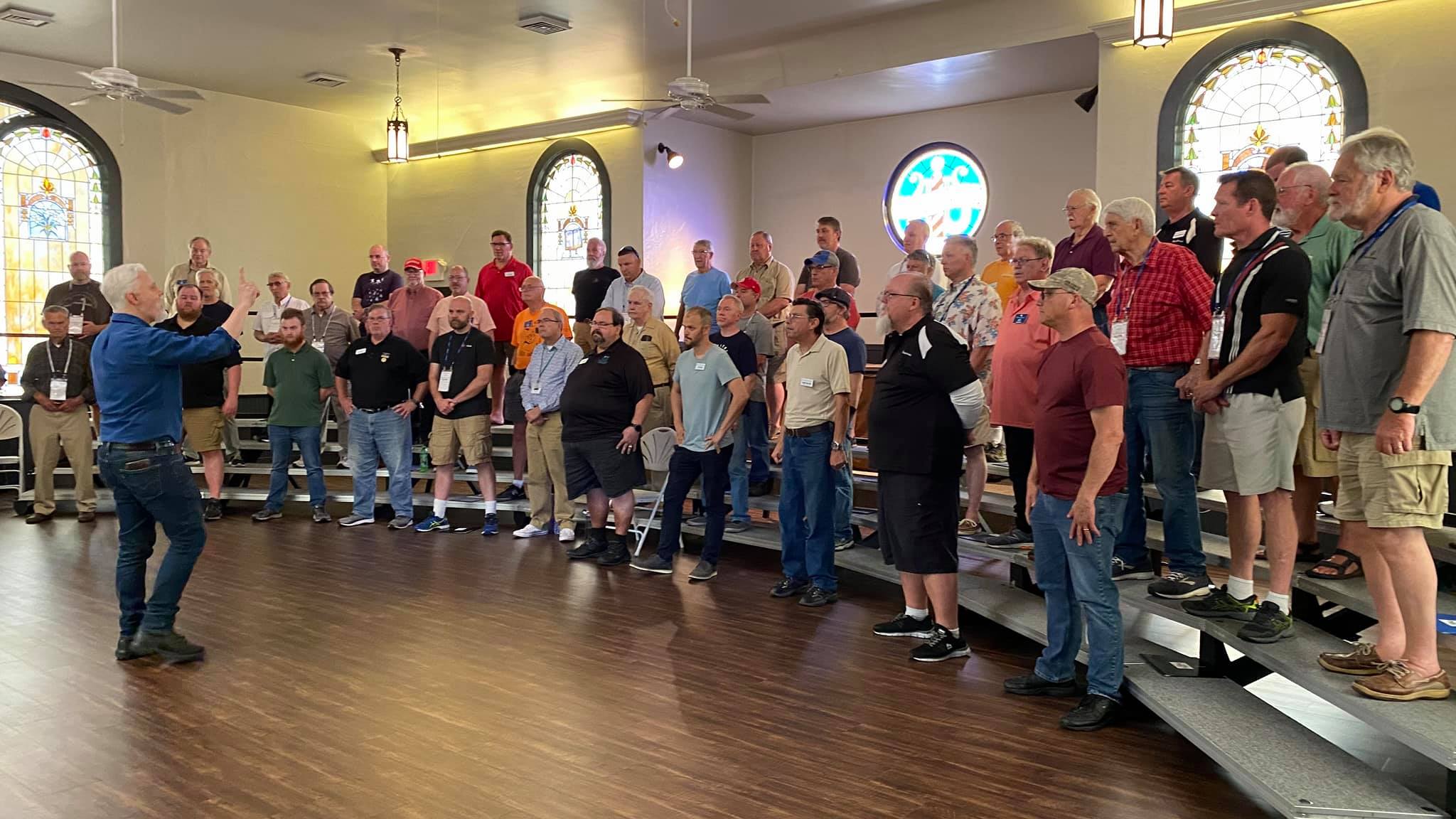 The chorus has entertained audiences all over the United States and Canada over the years. They have sung the National anthem for many military events, including the Medal of Honor 150th Anniversary Ceremony, for President George H.W. Bush, at the annual UK – U of L basketball game, as well as Louisville Slugger baseball games. The chorus has also put on an annual Christmas show since 1948.

The Chorus continues to meet every Monday night at Jim Miller Hall in Jeffersontown, Ky.

Interested in joining The Thoroughbreds? We’d love to have you at one of our open rehearsals!